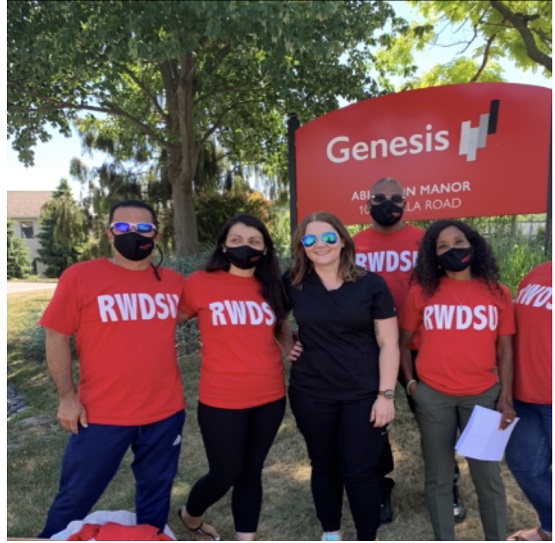 Nursing home workers at Genesis Abington Manor in Clark’s Summit, Pennsylvania scored another win by joining RWDSU Local 262 in late July. The unit of 57 Licensed Practical Nurses and Certified Nursing Assistants won their NLRB election, and their union voice. They join hundreds of other Genesis workers who have joined the RWDSU in New Jersey and the Keystone State.

LPN Kacey Walsh said “When I started the union campaign it was because I saw where the facility had weaknesses and how this was affecting the floor staff. The workers here do an amazing job together and truly love the residents, and it shows in the care they receive. In order to best serve the residents, we knew we needed a voice on the job, and the dignity and respect that comes with joining a union.”

“The organizing committee of workers at Abington Manor truly did an amazing job,” said RWDSU Organizer Paul Bazemore. “They organized in a matter of weeks, during the difficult circumstances of the COIVD-19 pandemic. They deserve a strong contract, and that’s what they are going to get.”