When we talk about the difference having a union like RWDSU makes in a person’s life, our long-time members are the embodiment of what that difference can really mean. In the retail sector turnover is high at non-union stores, stores where workers are often overlooked. But in unionized stores like Macy’s, workers are the real magic of the store, they’re what keep customers coming back. And interacting with customers is often the best part of the job for workers too. That’s no more true than for RWDSU Local 1-S members like Ronald Jeffrey Gibbs, who’s been working at Macy’s Flagship in New York City’s Herald Square since 1972.

On Monday, September 12, 2022, Mr. Gibbs walked into the store just as he does most days, dressed to impress, but that day marked 50 years of working at the same company: something that can only happen with a strong union contract like the one RWDSU has with Macy’s. 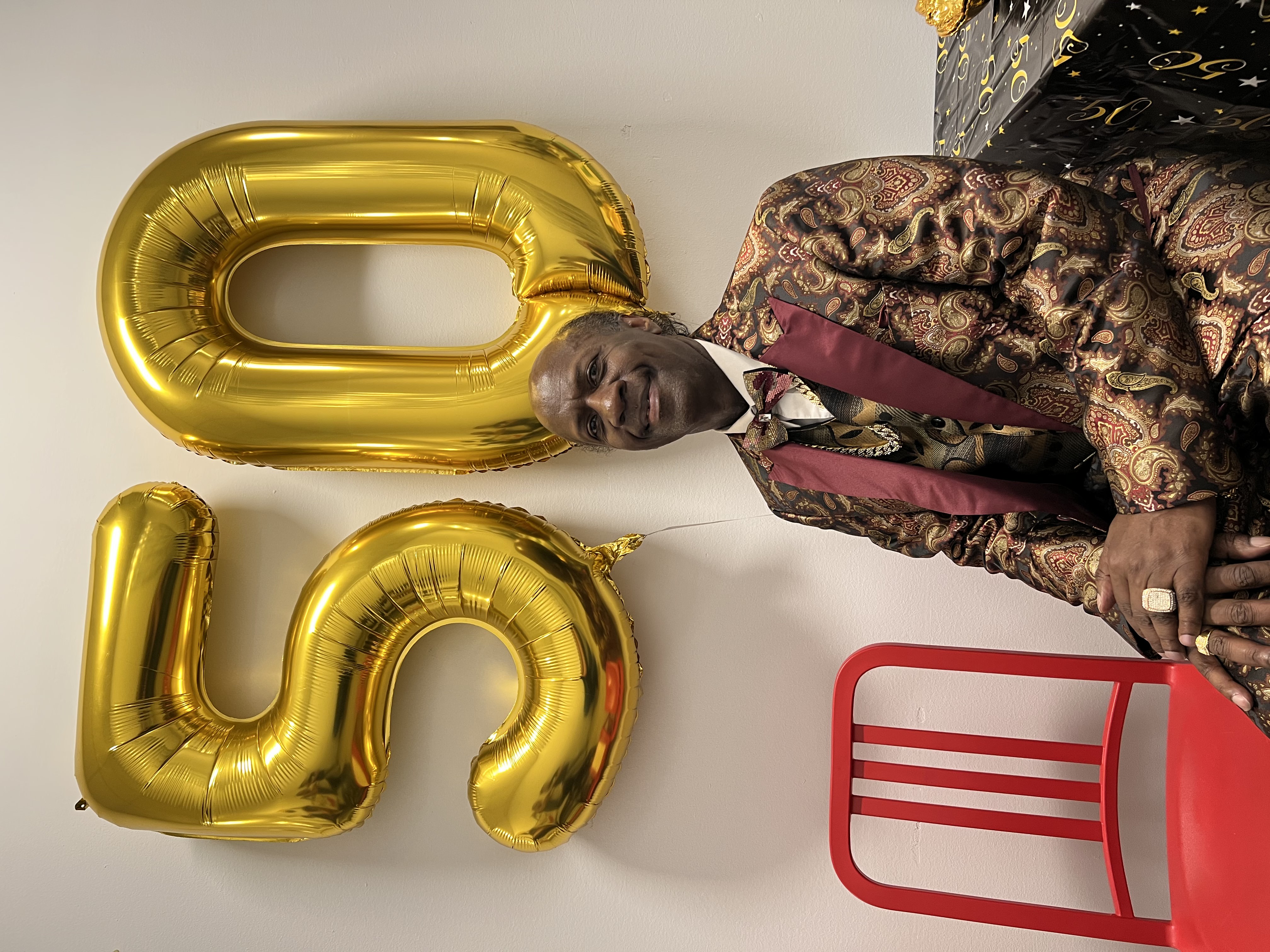 In September of 1972, Mr. Gibbs answered a hiring ad for Macy’s in the New York Times, having previously tried to work in the store in August. He arrived hours before the ad said to and stood in a 300-person line until he was interviewed at 1:00PM. After a few questions and a math test, as was common at the time, he was hired by 2:00PM and 50 years later he still walks through the doors early every workday to ensure he’s on time.

Mr. Gibbs started at Macy’s in the sub-basement working in the cosmetics receiving department, putting prices on the merchandise in specific places so as to not obstruct any words on the packaging. His manager saw a precision in his work and shortly he was transferred to the then grocery department on the 8th floor where he worked for many years. He truly enjoyed his time in the gourmet food department helping customers, where he spent over 30 years “It was very exciting working with all these different types of foods from all around the world,” Mr. Gibbs said of his time in the marketplace. Yet again, his attention to detail landed him upstairs in the merchandise processing department and eventually back in sales in the Domestics department where he has worked the past 10 years.

In Mr. Gibbs' personal time he plays music for his church, a passion he loves. But he’s best known for his impeccable attire. His mother always taught him to dress professionally, and that his interactions with people would be seen differently if he dressed to impress. Even on dress down days Mr. Gibbs can be seen wearing ornate suiting and shoes. Despite his love for fashion, he has never worked in the suiting department. “If I worked in suiting I wouldn’t have the love for it I do personally, it’s my signature,” said Mr. Gibbs. 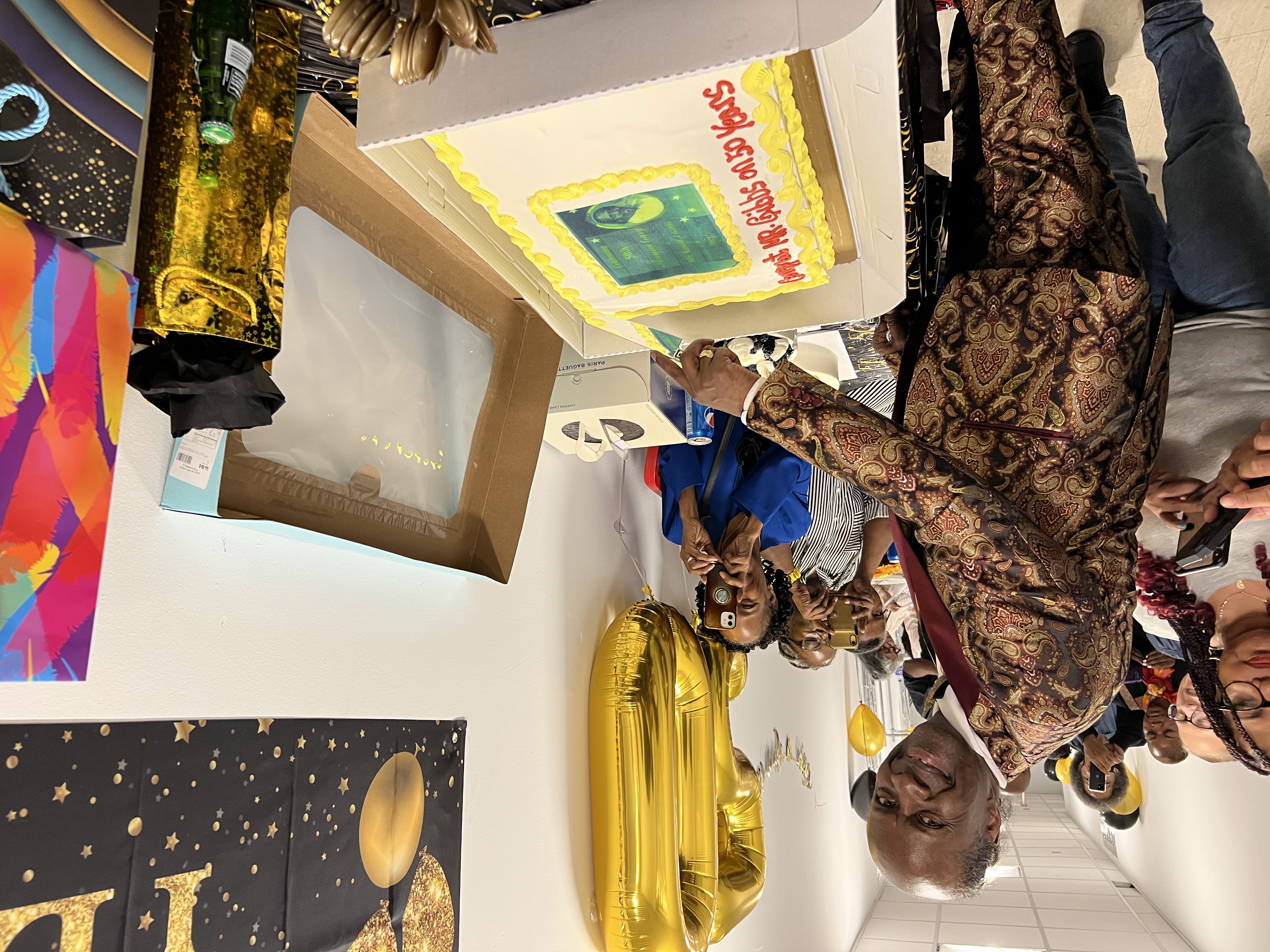 When asked if having a union helped him stay in this job as long as he has, Mr. Gibbs said, “I would definitely not have been in this job this long without a union. Can you imagine the situation we would be in without the union?”

During the COVID-19 pandemic Macy’s shuttered stores across the country for several weeks. Because of the RWDSU, workers at unionized Macy’s stores had their health insurance protected throughout and a reopening plan in place to keep workers safe. More importantly, the union negotiated terms under which workers would be brought back to stores, even before they reopened to the public. It would be entirely voluntary, with no penalty for delaying returning, and with strict health and safety protections. When Mr. Gibbs got the call just a few weeks into the furlough to come in to process orders for online fulfillment, despite his seniority he jumped at the chance, in large part because he knew the union had implemented measures that would keep him safe.

RWDSU Local 1-S held a celebration for Mr. Gibbs in the break area on the exact anniversary of his 50th year working at the store. In just a few hours, over 200 fellow union members came through to congratulate Mr. Gibbs on his anniversary, and to witness his three wardrobe changes. Dozens discussed who has the next longest tenure at the store, with many serving for over 30 and 40 years, but none topping Mr. Gibbs, who has no intention of slowing down. “I'm in good health and I want to continue to build my wardrobe and shoes, why slow down,” said Mr. Gibbs.

Mr. Gibbs’s tenure will also be commemorated on a plaque in the store along with other long serving union members, which the public can see on display as they walk through. Mr. Gibbs’ message to young workers just starting out is to “be on-time for work, that’s the one thing the union can’t fix for you. Everything else, your shop steward is there!”