(Washington, D.C., April 5, 2021)—Today, the AFL-CIO and GBAO released a nationwide poll of registered voters that found more than three-quarters of Americans support workers’ efforts to organize a union at the Amazon warehouse in Bessemer, Alabama.

The findings come days after voting closed in the organizing drive and demonstrate a significant rise in public support. In February, Data for Progress found that 69% of likely voters supported the unionization effort.

“In every corner of the country, working people are crying out for change,” said AFL-CIO President Richard Trumka. “We aren’t just bearing the brunt of this pandemic. For decades, we’ve been bled dry by a rigged, corporate-first economy. Amazon workers in Bessemer are tearing down that system, and America is standing with them.”

“This is what solidarity looks like,” said Stuart Appelbaum, president of the Retail, Wholesale and Department Store Union (RWDSU). “America is standing shoulder to shoulder with Amazon workers in Bessemer. People across the country and of all backgrounds recognize the systematic injustice that Amazon is inflicting on its own workers. This fight is universal—it’s a struggle for the fundamental rights and dignities that all working people deserve.”

The nationwide poll surveyed 600 registered voters from March 28–30. The survey carries a margin of error of +/-4.0 percentage points. Results are available below. 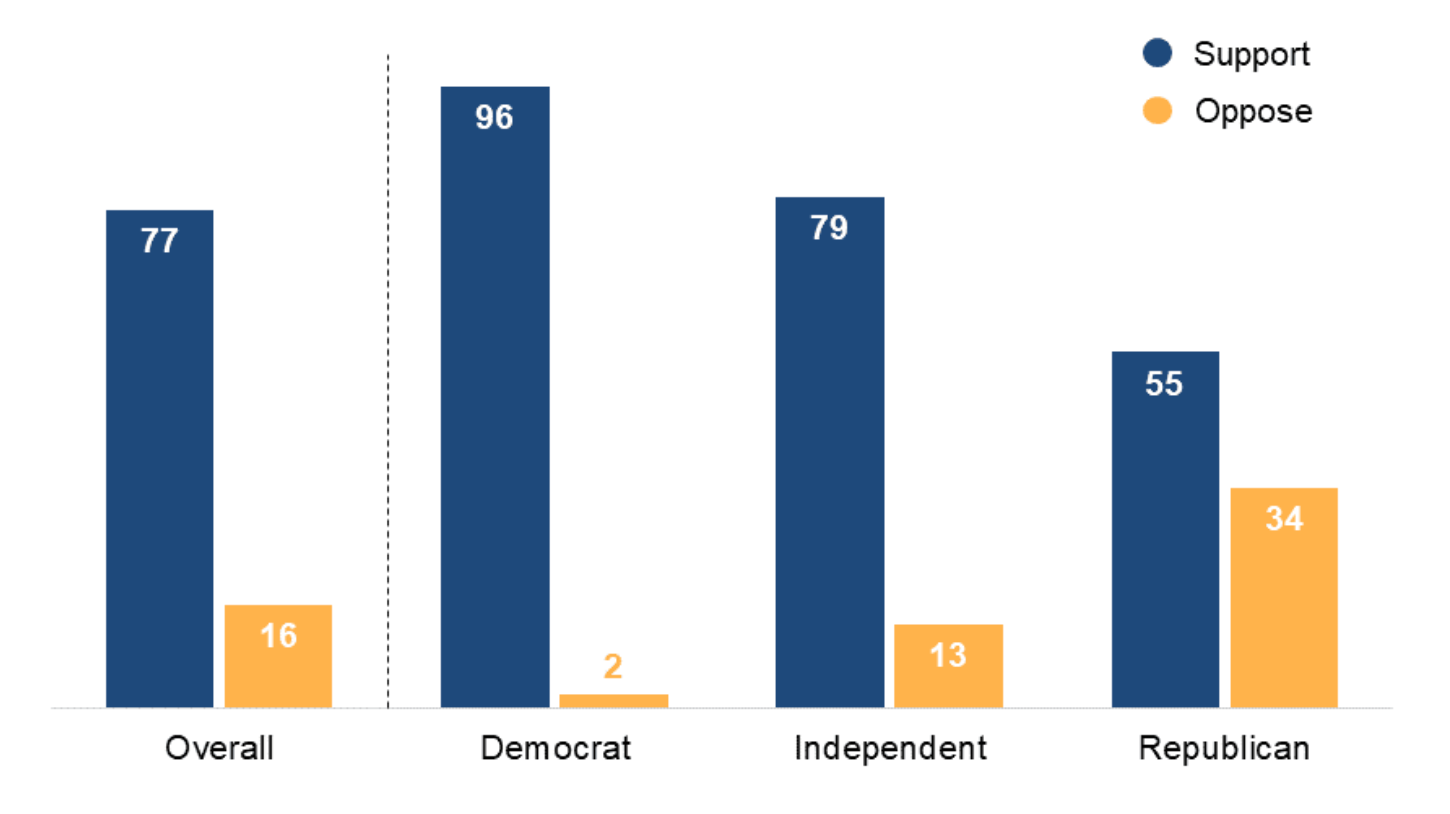