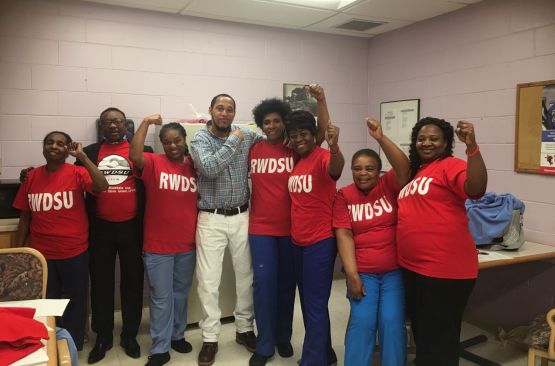 When workers at Genesis Woodlands Center, a nursing home in Plainfield, New Jersey, joined RWDSU Local 108 last year, they wanted change, and most of all, respect.

“We knew we deserved better and decided that we needed change, representation, a voice on the job and job security,” said Marie Joseph, a Genesis Woodlands certified nursing assistant.

Now, with their first contract, they’ve gotten that voice on the job and more.

The contract – which was unanimously ratified – brings workers a 60 percent reduction on their health plan as well as annual wage increases. For the first time, Genesis workers will receive shift and weekend differentials, and four additional paid holidays.