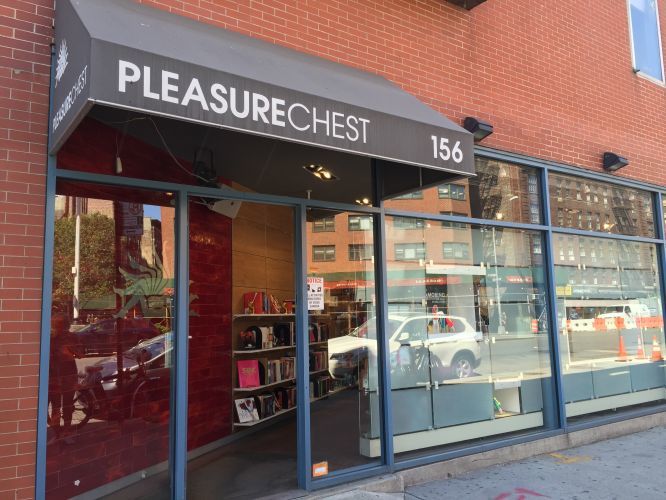 Workers at Pleasure Chest locations in New York City have voted to be represented by the RWDSU in their fight for a voice for fair treatment in the workplace, security protections and procedures, and fair wages through a collective bargaining agreement. Workers at Pleasure Chest, an adult toy shop, reached out to the RWDSU in the wake of the historic rights and protections won by the union for workers at a similar store - Babeland - earlier this year.

The RWDSU’s newest members at Pleasure Chest, who are part of a predominately LGBTQ and women workforce in the highly emotionally intimate retail stores, faced the largest union busting campaign ever launched by the industry. Workers held strong in their convictions for representation by the RWDSU in the face of over 10 hours of captive audience meetings with management at the direction of both Jackson Lewis and Labor Relations International, two union-busting consultants.

The unanimous vote by the Pleasure Chest workers was conducted on the evening of June 29, 2017 and was certified by the NLRB on July 7.

“The harassment and categorically tone-deaf anti-union campaign lead by Jackson Lewis and Labor Relations International that the workers at Pleasure Chest faced is an outrage – I am proud that the RWDSU will be at the bargaining table to ensure that these workers never face that type of horrific transphobic behavior by their company again,” said Stuart Appelbaum, President, Retail, Wholesale & Department Store Union (RWDSU). “This is now the second workforce unionized in the industry – and it has never been clearer that LGBTQ workers need a strong union voice. The RWDSU is proud to work with our new members at Pleasure Chest to ensure that they have the rights and protections they need in this highly sensitive workplace.”

“The company and their union-busting buffoons' blatant disregard for our gender identities during the organizing campaign only further demonstrates the need for a united voice, which is why we've decided the RWDSU will be a strong partner in securing safety trainings and protocols when harassment by the company or by the public takes place,” said Nico Fuentes, Sex Specialist at the Pleasure Chest.

“Creating a sex positive experience for customers in the adult retail industry always comes with its own set of challenges and emotional labor, but became even more difficult in the wake of the vehemently anti-union campaign that was staged by the company. Now that we have won a union voice, we will have the rights, protections, and procedures in place through a union contract that will allow us to continue to provide a sex positive message in a safer and more protected space,” said Emma Schledorn, Sales Associate at the Pleasure Chest.