Plans to Bolster Campaign with Members’ Support in 2022 Bid

(ATLANTA, GA) – Tonight, the Retail, Wholesale and Department Store Union (RWDSU) endorsed Stacey Abrams for Governor. The RWDSU was an early and strong supporter of Stacey Abrams’ 2018 campaign, mobilizing members throughout the state to back her groundbreaking campaign that put economic justice, fair wages and opportunities for all Georgians at the forefront. The RWDSU’s Southeast Council includes 10,000 members, many of whom door-knocked, rallied, and phone banked in support of Abrams’ 2018 bid, and she will have the union’s full support again in this election.

“Stacey Abrams is a trail-blazing leader who will transform Georgia for the better. Her advocacy work, strength of character and sense of justice are an inspiration for the entire country and Georgia will be stronger the day that she becomes Governor,” said Stuart Appelbaum, President of the Retail, Wholesale & Department Store Union (RWDSU). “Stacey Abrams has never backed away from standing up for workers and the right to collectively organize. Whether it was standing with workers seeking to organize their first union with the RWDSU at Nestle, workers standing up to Amazon in Bessemer, or campaigning to win a pro-worker majority in the US Senate, Stacey Abrams was there. The RWDSU was proud to stand side-by-side with Stacey in 2018 and we are excited to be doing the same again to make sure she becomes Governor of Georgia in 2022.”

“Stacey Abrams is the voice of the working person we need, she is the voice for everyone in Georgia, especially rural Georgia where too many of our members' issues often go unheard. She is a leader in every sense of the word, and she is the exact person Georgia needs to lead the state at this moment in time,” said Edgar Fields, President of the Southeast Council of the Retail, Wholesale & Department Store Union (RWDSU). “We were proud to endorse her four years ago because we recognized these qualities, which have only grown as she has become a national leader on voting rights and racial justice. For a long time, Georgia’s government told corporations to set up shop here because there are no unions. They were wrong, unions have built up Georgia and Stacey knows that strong unions mean a strong economy for Georgia. RWDSU members throughout the state are ready to get to work to make sure Stacey Abrams wins in 2022.” 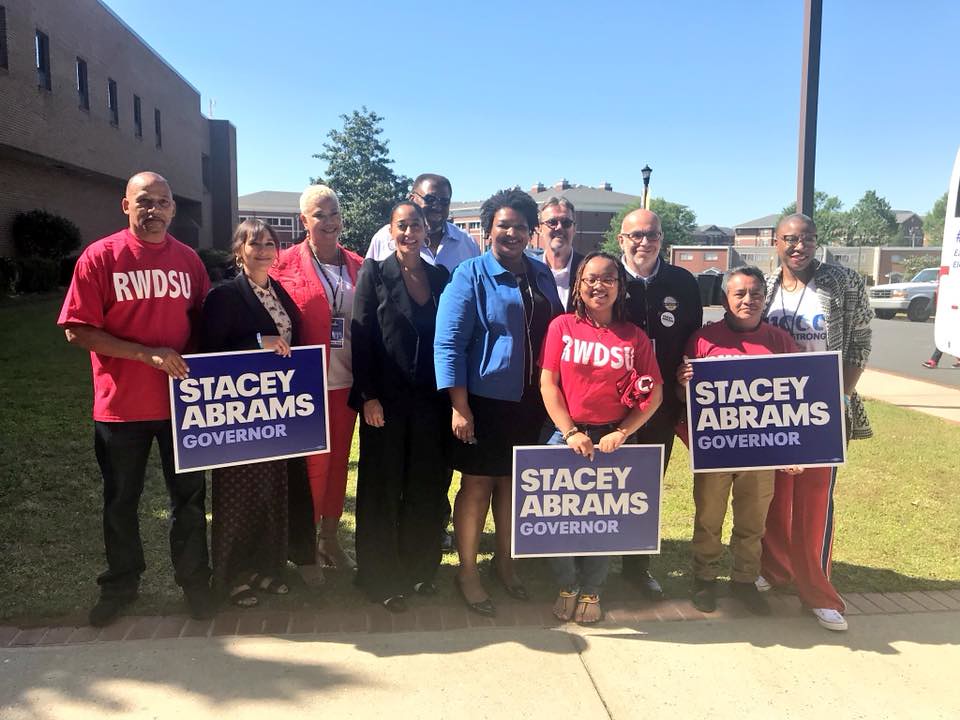 The Retail, Wholesale and Department Store Union (RWDSU) represents 100,000 members throughout the United States, including 10,000 men and women represented by the Southeast Council. The RWDSU is affiliated with the United Food and Commercial Workers Union (UFCW).  For more information, please visit our website at www.rwdsu.org, Facebook:/RWDSU.UFCW Twitter:@RWDSU.