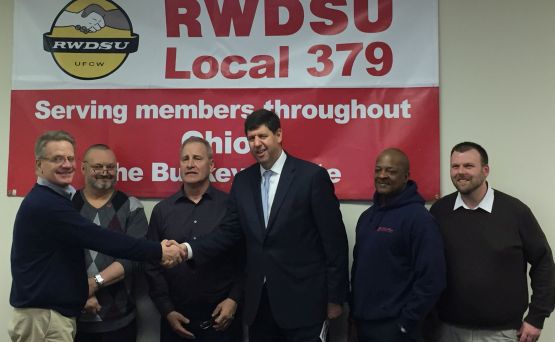 The RWDSU, along with numerous UFCW locals and other unions in Ohio, has officially endorsed Steve Dettelbach for Ohio Attorney General.

“The time has come for Ohio to have an Attorney General who puts people before politics. Steve has spent his career fighting for justice for working people, no matter who they work for, Steve is not afraid to stand up to business owners who hurt working people - no matter what,” said RWDSU Regional Director Rick Marshall.