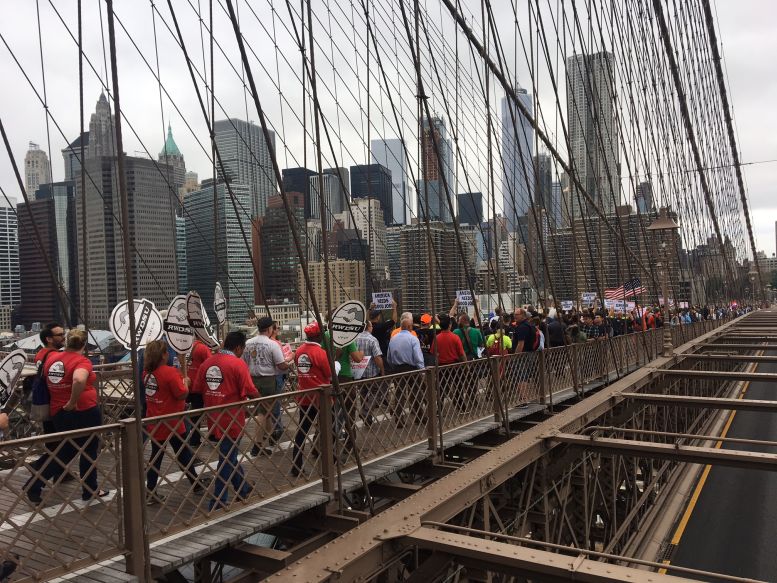 On Monday, the RWDSU joined thousands of workers and activists in a march across the Brooklyn Bridge and a rally in Foley Square to support striking Spectrum IBEW members and demand that the communications company negotiate a fair contract with its employees.

Spectrum—whose CEO made almost $100 million in 2016—is proposing drastic health care cuts for unionized workers and their families and wants to eliminate pensions and job security. The company also refuses to amend its discipline policy that punishes workers for making multiple visits to a household, when most technical problems are a result of aging equipment. Buildings aren’t properly wired, equipment is old and outdated and workers are forced to take the blame for cable speeds that often fall so short of advertised performance that New York Attorney General Eric Schneiderman has filed a lawsuit accusing the company of defrauding consumers. 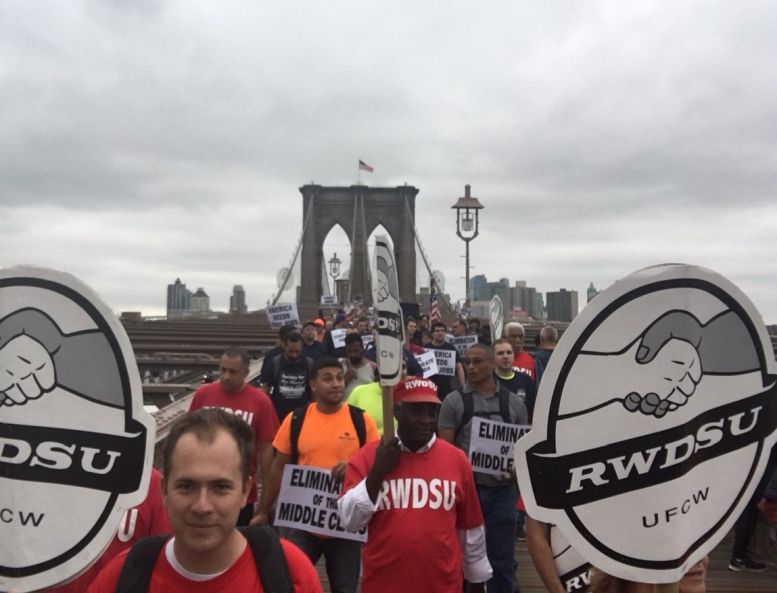