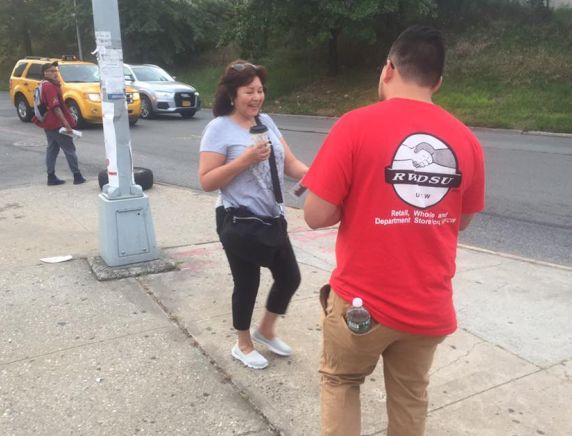 RWDSU members in New York City worked tirelessly yesterday, September 12, in support of Eric Gonzalez for District Attorney and for candidates in key City Council Races. RWDSU-backed candidates won in all 40 races that have been called so far.

President Stuart Appelbaum of the Retail, Wholesale and Department Store Union (RWDSU) highlighted the work of members across New York City in support of Eric Gonzalez in Brooklyn who won his campaign for District Attorney tonight as well as in critical City Council Races across the City. RWDSU members door knocked, phone banked and did visibility for the union’s endorsed candidates over the summer and on Primary Day to ensure candidates who would advocate for union values through their offices won tonight. 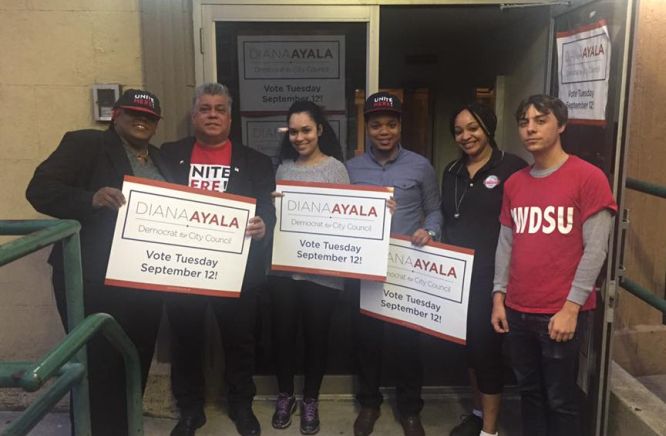 “I am proud of the work our members did to put the strength of the RWDSU behind so many candidates that will fight to ensure that workers are heard in local government,” said Stuart Appelbaum, President of the Retail, Wholesale & Department Store Union (RWDSU). “Eric Gonzalez knows the plight of low-wage workers and has diligently fought to recover stolen wages across Brooklyn in the District Attorney’s Office – we know his win tonight is a win for working people. Carlina Rivera, Keith Powers, Francisco Moya, and Justin Brennan know what hard working families need in New York City to live and work here – and we know they will work closely to ensure that laws that impact working New Yorkers will protect our city's working woman and men. Congratulations to all the candidates and winners and we look forward to working together on issues that affect our members and low income New Yorkers.”