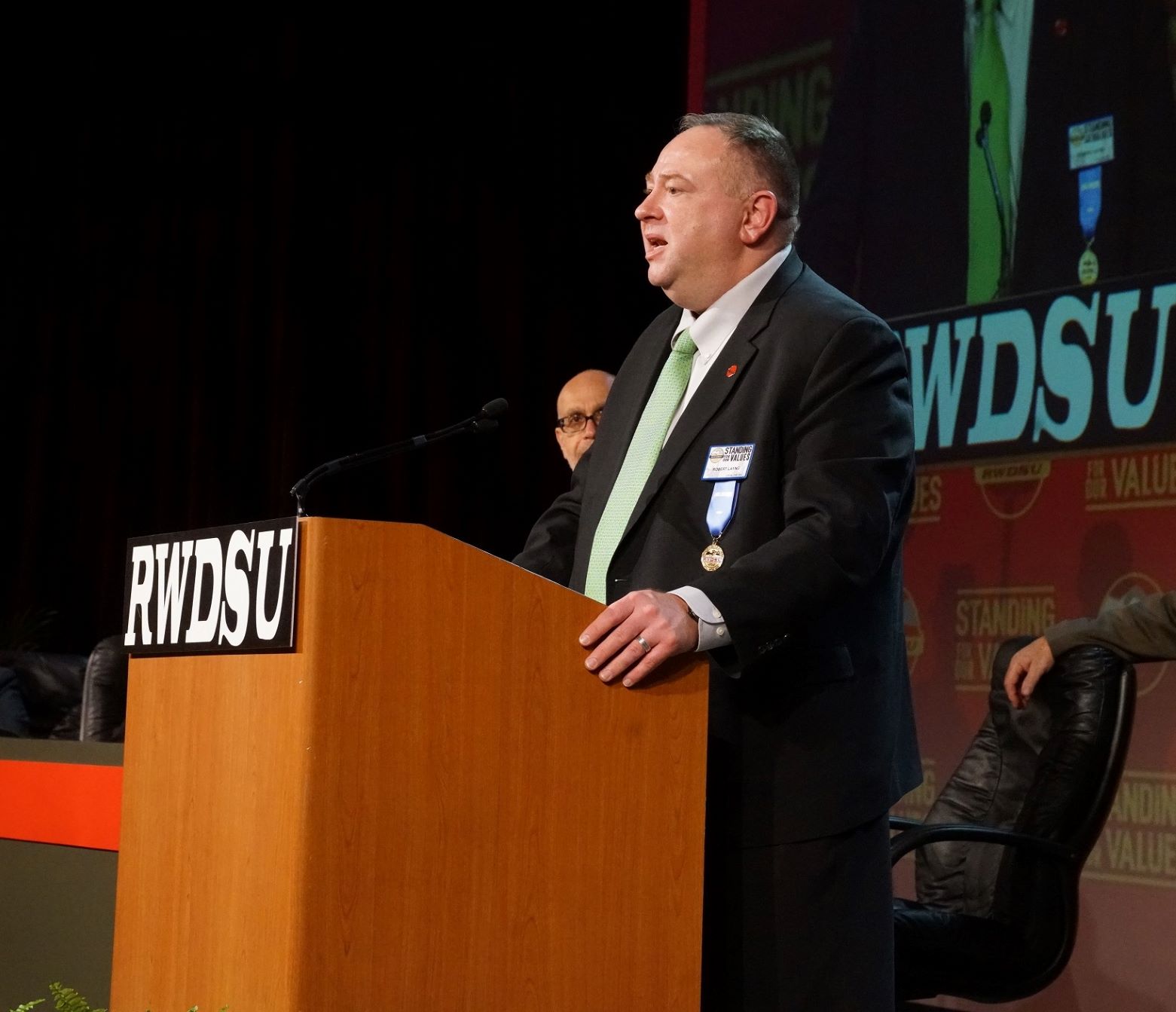 Secretary-Treasurer Layng was elected to his current position by the RWDSU Executive Board in January, 2022. He joined the RWDSU as an intern in 1996 and was hired full time as Assistant Comptroller and Operations Manager in 1997. Layng held that position until 2003 when he was promoted to Comptroller, the union’s third person to hold that position in its then 66-year history. In 2015, Bob was asked to serve as Executive Assistant to the President, a position he held until his recent election.