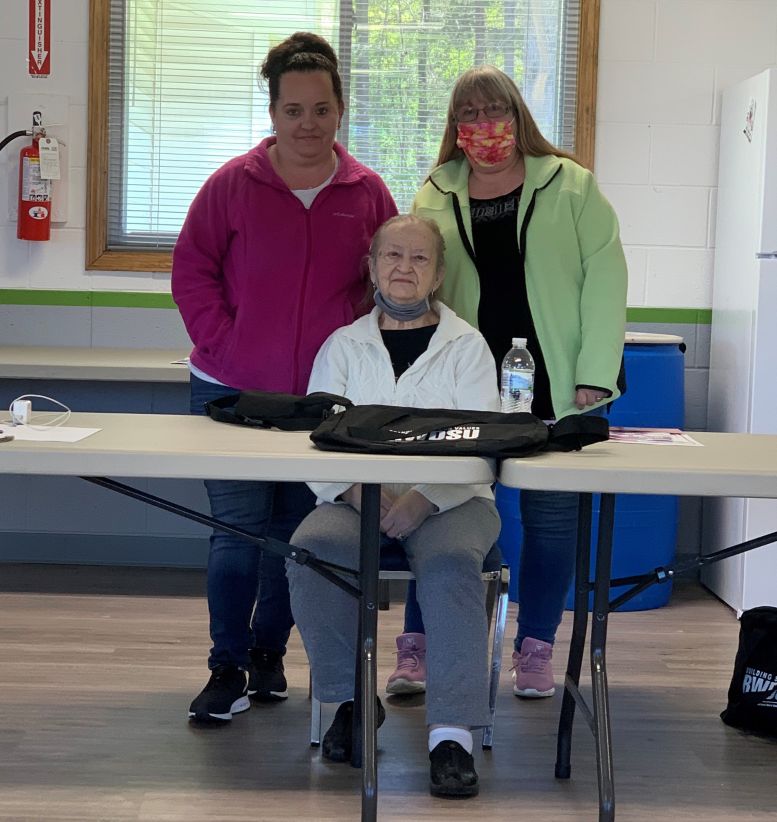 While she’s older than almost all of the residents she cares for, 86-year old Edna DeGelleke, a Licensed Practical Nurse at Sodus Rehab Nursing Home in Sodus, New York, has no plans to retire.

“For me, giving patients love and affection is the greatest part of this job. It’s fulfilling taking care of people, and also helping keep residents connected with their families,” DeGelleke said.

DeGelleke began working at Sodus in September, 1975, when she began working there full-time after beginning as a volunteer at the then-new facility. And now, despite the fact that most of her co-workers are decades younger than she is, DeGelleke shows no signs of slowing down. The RWDSU union shop steward works 12-hour shifts, six days a week, and has no plans to retire.

“I’m in no rush, this job does my heart good and keeps me busy. I think it helps residents here to have someone their age to relate to, and I still love coming to work,” DeGelleke said.