Workers, Union Push Back Against Amazon at NYC City Hall 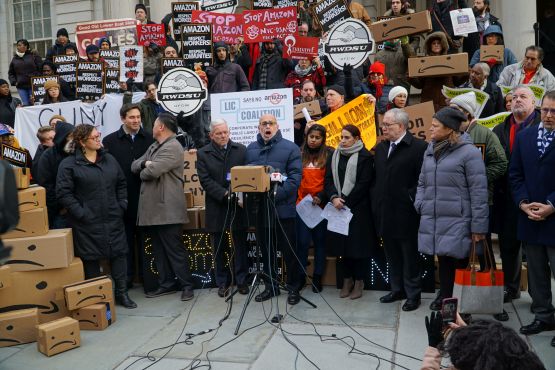 The RWDSU joined community activists and elected officials today at City Hall in New York City to push back against the Amazon HQ deal in Queens that sees one of the world's richest companies set to receive billions of dollars in subsidies and handouts. The press conference was held ahead of City Council hearings on the Amazon HQ deal.

Workers who perform back breaking work every day at Amazon’s Staten Island distribution center were on hand to tell their stories.