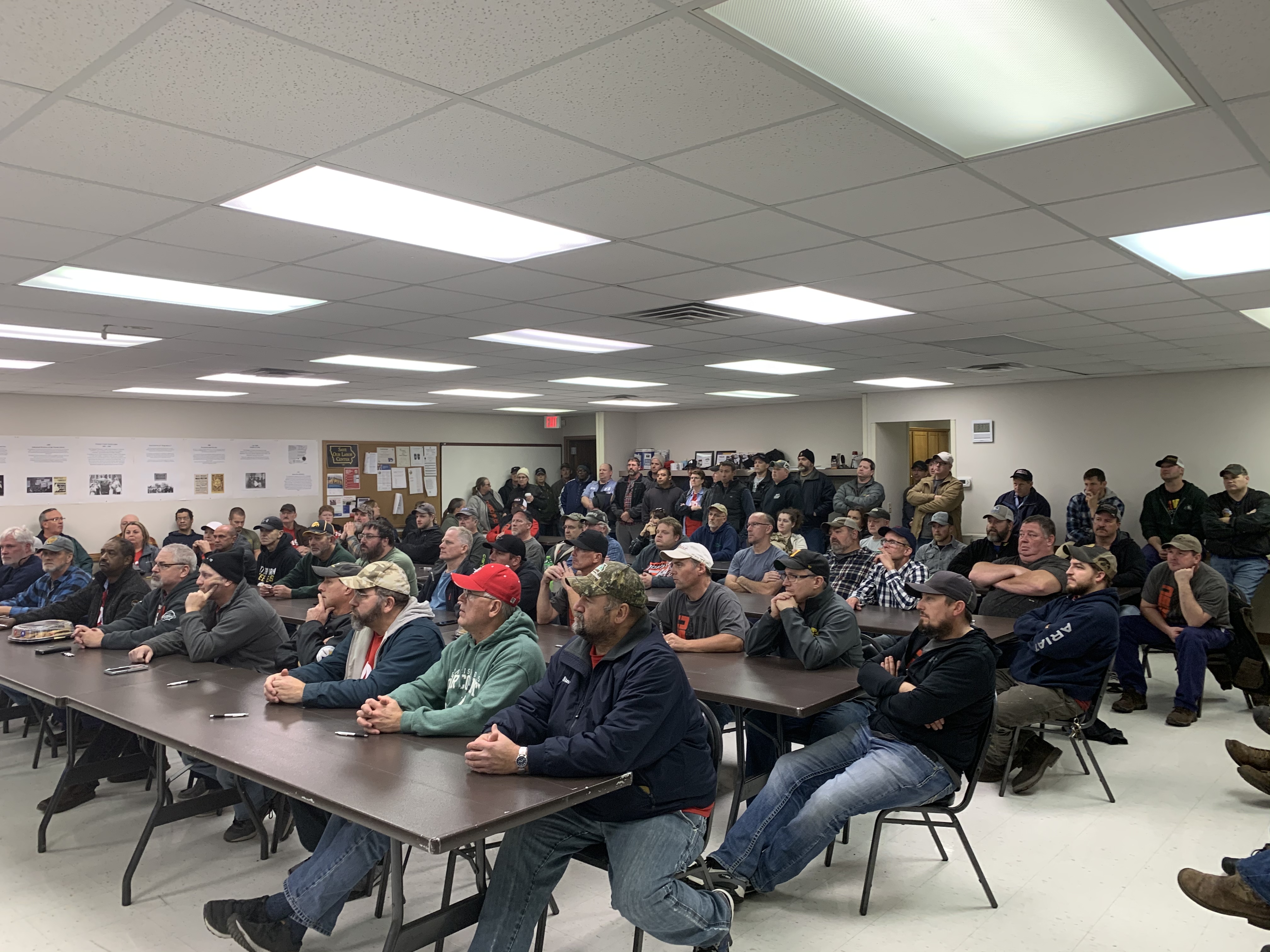 (CEDAR RAPIDS, IA) – Today, Local 110 of the Retail, Wholesale and Department Store Union (RWDSU), announced that over 500 workers at the General Mills processing plant in Cedar Rapids, Iowa have ratified their first union contract. The worker-led negotiation committee worked tirelessly to secure a strong contract that stops the bleed out of long-held needed benefits. The workers in the bargaining unit handle production and maintenance at the facility.

“I am thrilled to know we will all be going to work tomorrow with the peace of mind of a strong union contract. Over 500 families can sleep well tonight knowing their needed benefits are secure for the next three years. The strength of our union during these first contract negotiations was extraordinary. I am proud to say that a union contract is now part of every balanced breakfast that comes from our General Mills plant,” said Tim Sarver, 37+ year General Mills worker.

“Our worker-led negotiations committee was able to get the company to move on four key areas of the contract that members took grave issue with; protecting the outsourcing of their jobs, no maintenance of their benefits, unfair scheduling and marginal wage increases. That is outstanding for a first contract and I am incredibly proud of their tireless work. This contract proves that it is possible for General Mills to be a responsible employer in our community, and we’re proud to say they now are. The impacts of this contract will reach far beyond the over 500 workers at General Mills; it impacts their 500 families, and a large part of our local Cedar Rapids economy. Our union is proud of the committee and we look forward to a productive working relationship with the company for years to come,” said Roger Grobstich, Vice President of the Retail, Wholesale and Department Store Union (RWDSU).

“Today’s ratification vote at General Mills proves yet again that working people can improve their lives when they join together in a union. This win by these 500 RWDSU members tonight adds to our union’s long string of strong contract wins for workers in the cereal industry - including at Quaker Oats and Post cereals. The best way to start your morning is with breakfast made by RWDSU union members,” said Stuart Appelbaum, President of the Retail, Wholesale and Department Store Union (RWDSU).

The General Mills contract was ratified after three voting sessions that took place on Thursday, November 14, 2019.

The General Mills contract will be in effect for three years and includes critical provisions such as:

RWDSU represents approximately 520 workers at the General Mills manufacturing facility in contract negotiations. The workers in the bargaining unit handle production and maintenance at the facility. Workers at the facility produce and supply iconic brands such as; the original Cheerios and other flavor varieties including Honey Nut, Frosted and Multi-Grain, and Lucky Charms cereal, as well as fruit snacks including Gushers, Fruit Roll Ups, and Fruit by the Foot, and Betty Crocker ready to spread frosting.

General Mills’ workers are members of Local 110 of the RWDSU, which also represents workers across town at the Quaker Oats facility in Cedar Rapids, Iowa, and at Coles Quality Foods in North Liberty, Iowa. This announcement comes among a string of organizing and contract wins across the country for the RWDSU. The union continues to win organizing campaigns in Right-to-Work states like Iowa, bringing a union voice for workers. The RWDSU has continuously secured strong contracts across the country in food processing and distribution among many other industries. Today’s ratification is another win by members of the RWDSU.