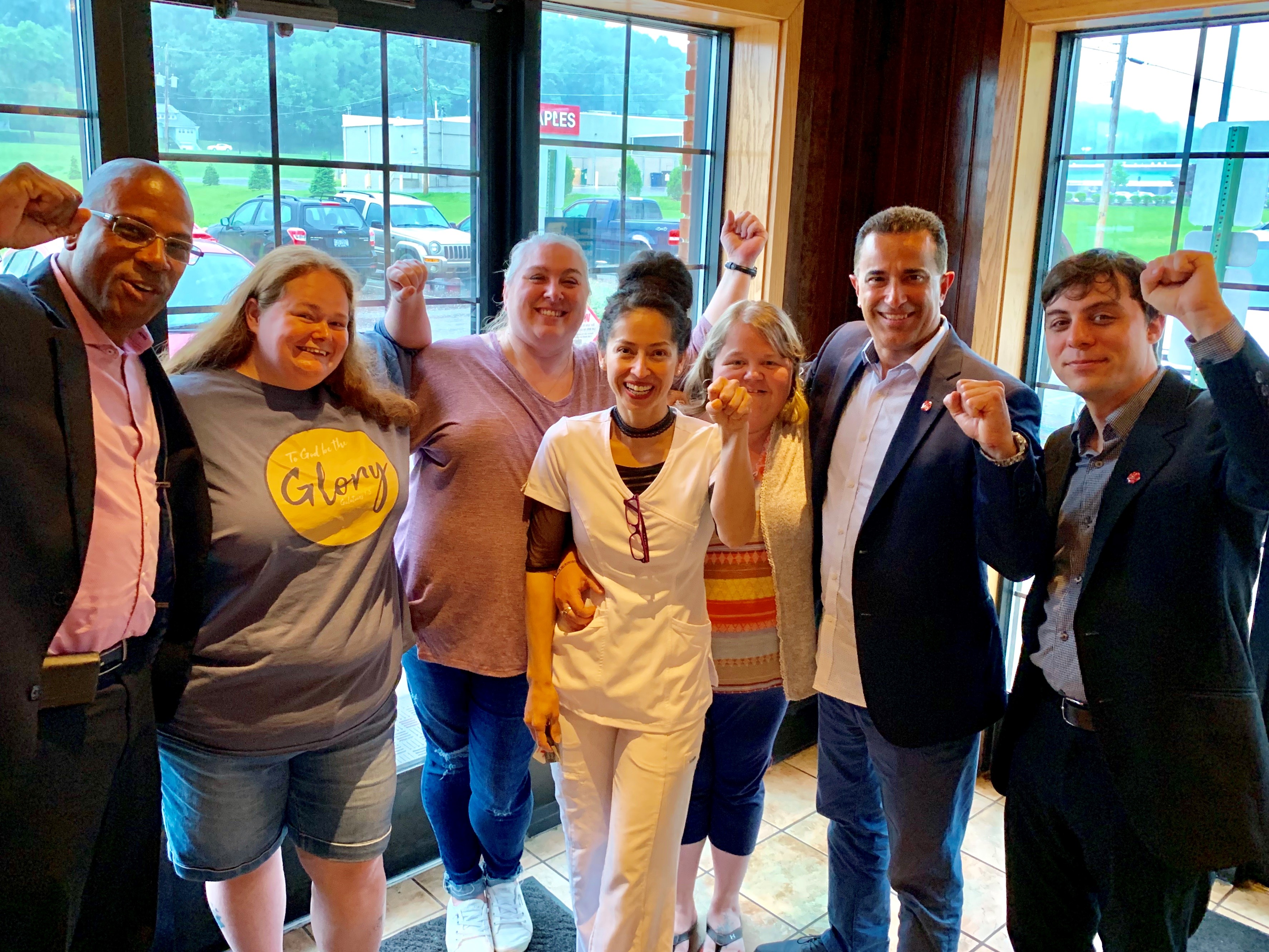 Certified nursing assistants at the Bloomsburg Care and Rehabilitation Center in Bloomsburg, Pennsylvania, voted overwhelmingly to join the RWDSU on May 30, after a campaign that saw workers demanding fairness and job security. The unit, with over 65 certified nursing assistant employees, overcame an aggressive employer campaign waged against their wishes to win a union voice.

Daily letters, captive audience meetings, and scare tactics proved no match for a strong group of workers who simply want the respect and voice on the job that comes with joining the RWDSU. The RWDSU represents thousands of these workers in New Jersey and Pennsylvania, and the union’s reputation is helping organize more health care facility workers in the region.

The Bloomsburg employees quickly began organizing themselves. They knew they needed change after losing paid time off benefits and working through short staffing, extremely high and unaffordable health care benefits, no wage increases for two years, and most of all the lack of dignity and respect from management.

The Bloomsburg CRC organizing campaign moved rapidly, going from start to an election in less than two months. Thanks to an outspoken organizing committee on all shifts, the certified nursing assistants united as a cohesive team, remained strong, and recruited other leaders and supporters.

“These workers united and demanded change, and sent management a clear message that they deserve fairness on the job and a guaranteed contract,” says RWDSU Organizer Luis Lopez.