Words, Music, and Action of inspiration 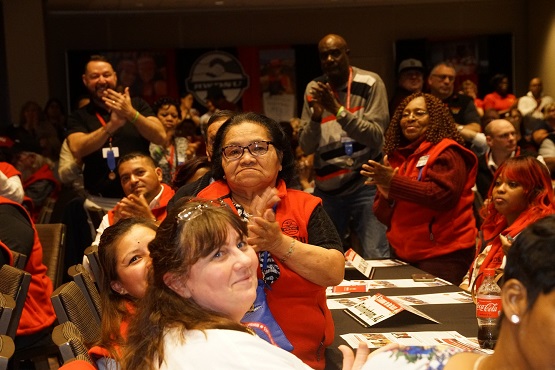 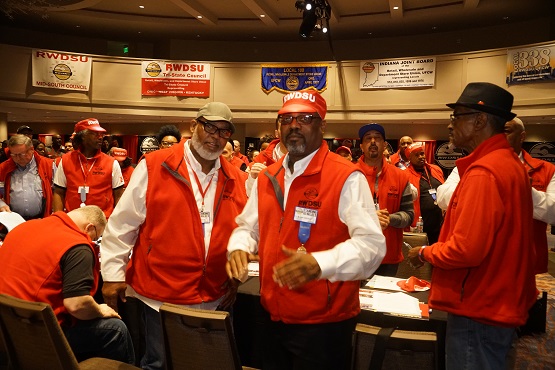 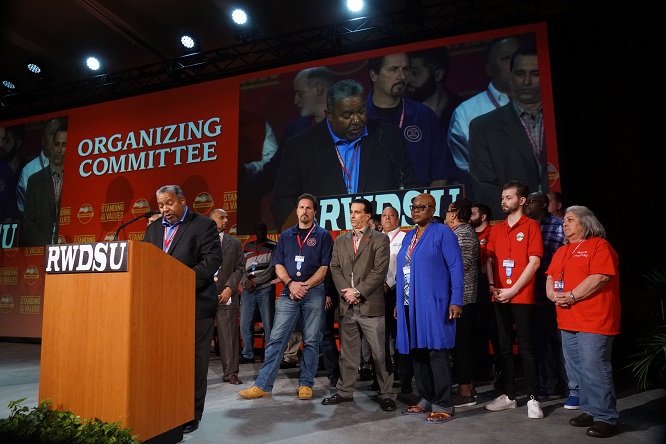 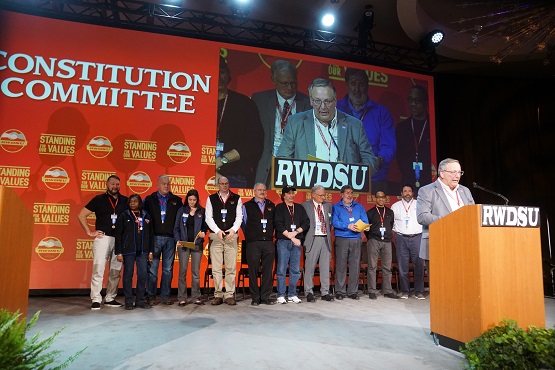 At the first day of the RWDSU Convention, words and music of inspiration, and videos showcasing members and accomplishments from throughout the U.S. fired up delegates, alternates and guests. Important business was accomplished as a dozen resolutions were considered and passed, and committees took to the stage to deliver reports.

Among the resolutions, the RWDSU pledged to fortify its contracts with provisions that will improve training opportunities for members, childcare funding and gender equality in the workplace. The RWDSU also adopted organizing resolutions that will grow our union through global support from fellow unions, global framework agreements and internal organizing in our current sectors. Through political action, the RWDSU has won legislative battles that have lifted workers up across the country. At the convention we pledged to double down on our political work and build strength in local, state and federal government.

Above all, an overriding theme emerged; through organizing, negotiating strong contracts, and political involvement that furthers the interests of workers, together, we are all standing for our values.

During the first session special emphasis was placed upon the fact that RWDSU activists continue to move working people forward in the South, despite hardships that have slowed others down.
The union’s success in the South shows the tenacity and resourcefulness of RWDSU organizers and activists.

Addressing the convention, UFCW President Marc Perrone commented on the union’s conviction and strength, even in the face of a political environment that is increasingly hostile to working people. “We never back down from a fight, and we never give up,” Perrone said. “We show them every day that we will do what it takes to fight back and win!”

"We are holding our convention in the South to make the statement that you can organize in the South -as we have done - and that the South is an important part of the future of the American labor movement; and to recommit ourselves to the civil rights struggles that helped define our country,” President Stuart Appelbaum said during his address to the convention.