Workers Tell Their Stories at Tip Credit Hearing and Rally

RWDSU members testified today at Department of Labor hearings in the Bronx, New York, as workers and activists gathered beforehand to call for an end to the so-called “tip credit.” Car wash workers are among those affected by regulations which allow employers to pay sub-minimum wages in many industries, under the supposition that tips will make up and exceed the difference. In reality, the policy can act as a vehicle for wage theft, leaving workers earning poverty wages below the minimum wage.

Workers told their stories at the hearings and the rally, explaining how the tip-credit system creates uncertainty and sub-minimum wage pay. 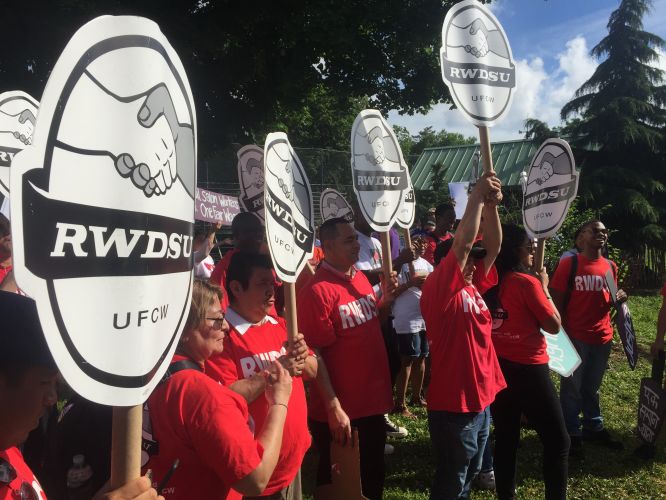 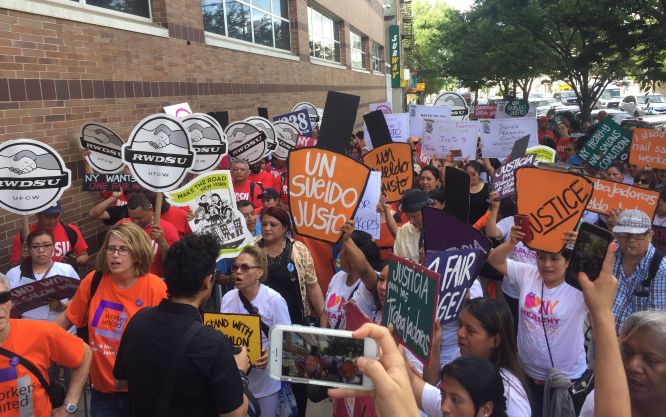